Mr. Phung has been an active music educator, performer, composer/arranger, and songwriter since his graduation from high school in 2009. Prior to his arrival at Cajon High School, Mr. Phung completed his student teaching at Huntington Beach High School, where he assisted the prestigious Huntington Beach Academy for the Performing Arts’ Orchestral and Media, Multimedia, and Entertainment Technology Departments under the guidance of distinguished band and orchestra teacher Gregg Gilboe and Apple Distinguished Educator Jamie Knight, respectively. Mr. Phung was actively teaching while completing his studies at CSU Long Beach, coaching marching percussion, brass, and marching/movement at various high schools and maintaining a studio of private piano students.

As a performer, Mr. Phung has a career as a multi-instrumentalist that covers a wide swath of music including classical, jazz, ska/reggae, and punk rock. He has performed with an eclectic collection of musical ensembles including the Bob Cole Conservatory University Symphony Orchestra, East Los Angeles College Latin Jazz Ensemble, LiveSka All-Stars, Isolated Victims, The Swingin’ Eight Balls, The Maxies, Half Past Two, Yorktown Lads, and many more projects and ensembles. In addition to ensemble work, Mr. Phung has worked as a freelance collaborative pianist and accompanist, accepting chamber and solo accompaniment assignments as well as pit orchestra assignments for musical theater. He is an active singer-songwriter and composer/arranger; arrangement projects include various pieces of pep music for the Cajon High School pep/marching band, a 20-hands piano ensemble arrangement of Liszt’s Grand Galop Chromatique, and and various marching percussion cadences and battery arrangements. Most recently, he arranged the wind book for Cajon High School’s Fall 2017 field show, “Siren’s Call.”

Mr. Phung brings a philosophy of shaping lifelong appreciators, performers, and creators of music through practical teaching that connects music to life and society. 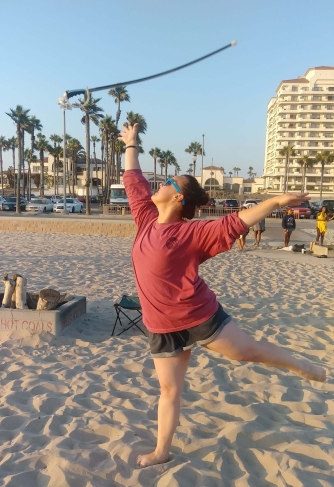 Delaney Greaves spent all of her high school career at Cajon High School spinning in the colorguard. She marched three Fall seasons with one show taken all the way to State Championships, and four winterguard seasons with 2 bronze medals, in the Gold Star Regiment.

Her high school colorguard experience was followed by a season overseas in Paris, France with the RCC Marching All Stars Honor Band. There, the band marched down Champs-Elysees on New Years morning of 2016, being the first marching unit to do so since World War II.

Delaney hopes to take these experiences and knowledge of the sport and hand it down to the next generation of guardies in this season’s Gold Star Regiment!

Ryan Haskell is an instructor and composer based in Southern California. He started his marching career as part of the Mission Viejo High School Diablo Marching Band and Colorguard (2010-2014) under the instruction of Jim Wunderlich and Mike Jackson. Other notable instructors Ryan has had the privilege of learning from include Kevin Shah, Eileen Wunderlich, Charlene Doan, Josh Frank, Phil Idell, Ezekiel Lanser, and Taylor Brown. Ryan is currently the Wind, Front Ensemble, and Electronics designer / arranger for various ensembles throughout Southern California and the United States, including Hesperia High School (2015), Orange Coast Musical Arts (2015-2016), Eisenhower High School (2016-present), and Cajon High School (2017-present; Front Ensemble and Electronics designer), under his business Pitstar Productions, where he is the main owner and composer / arranger.

Ryan resides in Mission Viejo, California, where he currently pursues a Business Administration double major in Finance and Risk Management with an Emphasis in Insurance. 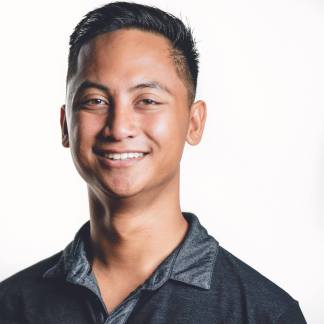 Rogelle is an active music educator based in Southern California. Drawing from his experiences performing with the RCC Marching Tigers (2013), POW Percussion (2013, 2014), the Watchmen Drum & Bugle Corps (2014), Pulse Percussion in (2015, 2016), he is excited to join the instructional staff at Cajon High School as the front ensemble instructor for the Gold Star Regiment.

Outside of percussion and the marching activity, Rogelle serves as an after-school music instructor for various elementary school programs under Creative Brain Learning, as well as a strings coach for A.B. Miller High School and Jurupa Hills High School. Seeking to develop his private studio, he offers both group and one-on-one private lessons to beginning- to intermediate-level students who are looking to learn how to play the violin, viola, and piano. Over the summer, he has also served as a cultural music/dance teacher with the Filipino Cultural School in Cerritos, CA during their summer program.

Rogelle has recently graduated from Cal Poly Pomona with Bachelor of Arts degree in Music, with an emphasis in education. To further his education, he is currently pursuing his teaching credential and a Masters of Arts in Learning and Teaching at the University of Redlands. 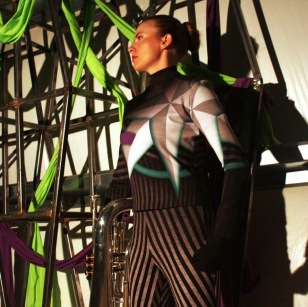 The 2017-2018 school year is Julia’s first year on staff with the Cajon High School Gold Star Regiment. She has previously taught both music and visual at John W. North High School. Julia is an alumna of Alta Loma High School where she served as a section leader and drum major. She has marched lead baritone with the RCC Marching Tigers and euphonium with Phantom Regiment and Oregon Crusaders. She currently attends Cal State San Bernardino and is looking forward to her third year of marching drum corps.

Jorge Tovar is a percussion educator and performer from Bellflower, California.

Jorge’s teaching experience includes teaching music and visual for battery at Bellflower high school, where he taught for 4 years. He is currently on staff with Impulse Drum and Bugle Corps as visual staff.